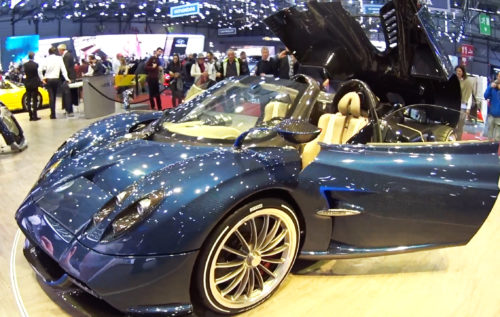 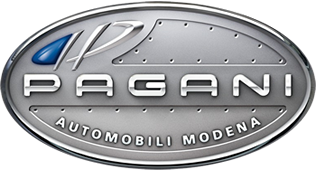 We are very privileged to have been invited onto the Pagani stand at the Geneva Motor Show and were able to shoot fabulous pictures of the New Huayra Roadster.

This year Pagani launch the Huayra Roadster. All 100 units of this car are reputed to have been sold and at £2.3 million a time this is quite an achievement. The car uses a Mercedes AMG twin turbocharged 6.0 litre V12 fettled to produce 754bhp 34bhp more than the Huayra Coupe. The Roadster is also reputed to be 80kgs lighter than the coupe giving a dry weight of 1280kg.

One point of note is when we were on the Pagani stand we had demonstrated to us the new Carbo-Titanium and Carbo-Triax HP52. This is the Carbon Fibre used in the construction of the Huayra Roadster. Noticeably stiffer and lighter than the Carbon Fibre used when building the Coupe, 52% stiffer which is a lot.

Next up for Pagani is the Huayra BC, short for Benny Caiola, Roadster followed on by the Huayra Replacement before 2020.

As mentioned last year this car is ss8000cars favourite machine from the Hypercar Genre and had it not been for a the large price tag we which has increased from last year significantly we would have considered getting one.