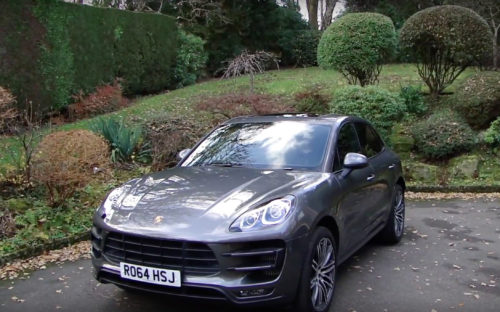 It is time to say goodbye to the Macan Turbo. It has done a great job of ferrying us around for the last year in comfort but also makes a decent stab at being a proper performance saloon. We believe this combination is unrivalled currently. We have heard it said that the Range Rover Sport SVR is even better, don’t you believe it we have driven both and though the Rangie is good the Macan T is even better. However it could do with more power not an accusation you would ever level at the Range Rover. This is often a good indication of excellent chassis balance. Note: The Turbo Macan needs firm control on the circuit though I suspect that this is not going to be its natural habitat.

Power is 400hp at 6000rpm. 0-100km/h is 4,6 and the Turbo Macan has a top speed of 165mph. Serious figures but it is not these figures that make the headlines. It is the way the car conducts itself when being driven hard that defines it. The Turbo Macan can play the cosseting companion on the motorway but when you get to the challenging roads it is quite brilliant for what is still a comparatively heavy car, 1925kg. The ride is smooth even on uneven roads but the way this car can change direction needs to be experienced.

It also does the mundane things well being fun even when being driven relatively slowly. Taking the kids to school, taking the dog to the wood or even pootling around in traffic. Terrific.

This car will be sorely missed! Onwards and Upwards!