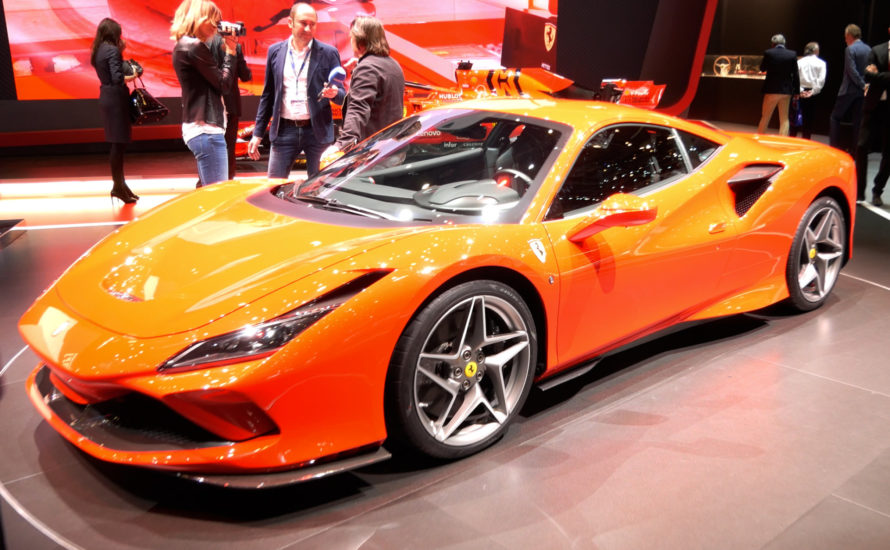 It is always an exciting day when a new Ferrari is launched and the new F8 Tributo is just about as exciting as it gets. Now come on, I hear you say, surely there are faster and more powerful cars launched at the Geneva show this year. True but none that can be driven on a public road any faster because this car is mega fast! And none that I personally would entertain buying for myself.

The name pays homage to the engine that powers it. Ferrari having won the “Turbo Engine of the Year” category for the past three years running and the Pista picked up the overall Engine Award last year. Ferrari therefore must be feeling pretty happy with itself and not without reason!! The engine itself revs to 8000rpm, which is excellent for a turbocharged car, and is mated to a seven speed dual clutch gearbox.

Aerodynamic Efficiency is up by 10% on the previous car and there are clear carryovers from the Pista with rearward angled front radiators and rear air intakes as well as the prominent S – Duct positioned above the front splitter that takes air in and passes it over the bonnet for additional downforce.

Fantastic Louvres in the Perspex rear engine cover are a nod to the F40 and looks just great. Otherwise the aluminium architecture is pretty much passed over from the 488. However the quad rear lights are a welcome return to V8 Ferraris, and last seen on the F430.

The latest version of Ferrari’s Side Slip Angle Control has been enhanced and allows perfectly controlled slides. New to the F8 is FDE, Ferrari Dynamic Enhancement. This gives added control to the driver when driving on the limit.

Price has not yet been announced but will be somewhat in excess on 200K. So not cheap but to my eyes actually good value.