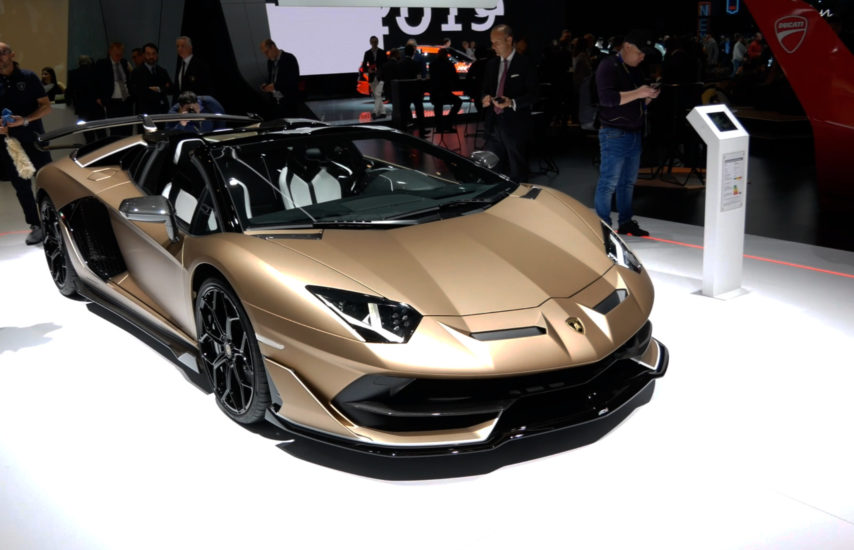 The new Lamborghini Aventador SVJ Roadster produces 759bhp at 8500rpm, giving it a 0-62mph of 2.9 seconds, and will reach 217mph all out. The Roadster adds around 50kg to the overall weight of the Coupe, the car that wrestled the the Nürburgring record away from the Porsche GT2RS last year. Giving the car open air access hasn’t dramatically altered the SVJ’s active aerodynamic package and downforce is claimed to be 40% better than the Aventador SV Roadster.

The improved aero brings the SVJ up-to 40% more downforce than an Aventador S and the car boasts a second-generation ‘ALA’ (Aerodinamica Lamborghini Attiva), which is capable of pushing turbulent air from beneath the rear spoiler in order to stall it, thereby reducing downforce and drag, and which it can split from left to right in cornering. The SVJ will therefore make more downforce on the inside of the bend, which helps to keep the body flatter in turn-in.

Making an even bigger difference is the option, for the first time, of race-derived Pirelli P Zero Trofeo tyres. It’s the first time the Aventador has used these tyres, and alone is worth around 10 seconds at the Nordschleife.