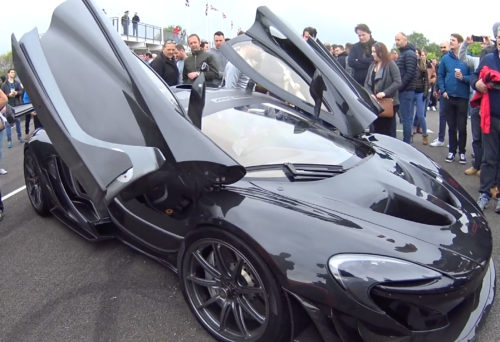 The McLaren P1, now out of production, was perhaps the most exciting of all the Hypercars to emerge around 2013 & 2014. With both engine and an electric motor, the P1 has a total power and torque output of 904 bhp and 723 lb·ft of torque respectively. 375 Units were made.

The P1 GTR hybrid engine is rumoured to produce 1,000 PS (987 bhp); 84 bhp over the P1, although McLaren did not disclose whether the power increase was from electrical boost or by tuning the twin turbo 3.8-litre V8. Performance figures were unconfirmed. P1 GTR weight was reduced by 50 kg and delivered a power-to-weight ratio of 687 bhp per tonne. However there were no factory road versions.

In late 2015, the historic racing team and McLaren F1 specialists Lanzante started undergoing road conversions of P1 GTRs for owners who wanted to drive their cars on the road, called the P1 LM. So far, 25 P1 GTR’s have been converted for road use by Lanzante.