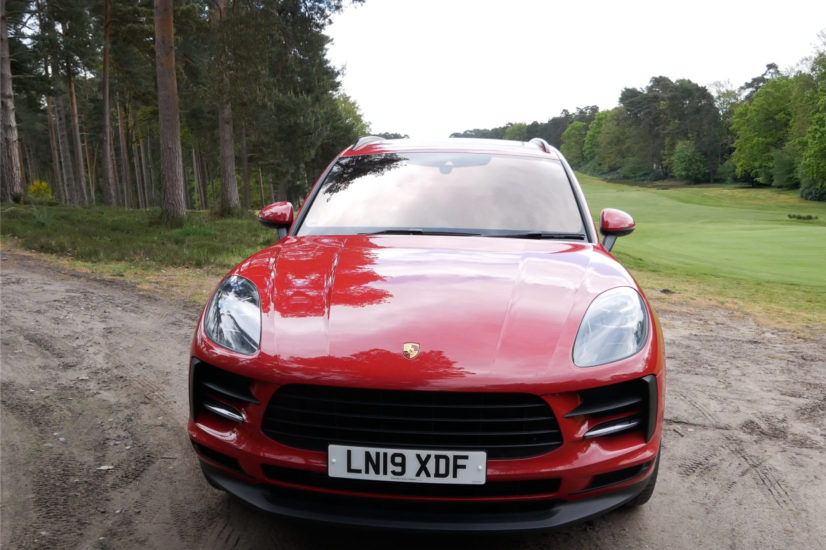 Hey Guys, we have been testing the latest Porsche Macan. Not the performance variants but the base model.

The entry-level Macan is a new 2.0-litre turbocharged four-cylinder petrol version, badged simply ‘Macan’ and running a Porsche-honed version of the Golf GTI’s motor. All Macans arrive fitted with a seven-speed dual-clutch gearbox as standard.

Porsche says this version of the VW 2 litre engine has its own turbo and software, and with Porsche’s standard-fit PDK twin-clutch, the car develops 242bhp and 273lb ft, which propels this Macan from 0-62mph in 6.3sec, (6.1sec with the Sport Chrono pack). That’s close to being as rapid as the previous V6 diesel. However you have to work to extract this level of performance, at least you have more revs available, it just requires a different approach to your driving style not to get caught out by the comparative lack of torque. And don’t expect the same mid to late thirties miles per gallon you benefitted from in the diesel. 30 is about the best you will achieve with a mixture of driving styles.

Right now the other Macan available is the Macan S, which uses an Audi sourced 3.0-litre V6 offering near 100 additional bhp, and In the near future there will be be a Macan Turbo targeted at the Alfa Romeo Stelvio Quadrifoglio and Mercedes-AMG GLC63 in the small super-SUV market. A Macan GTS, with some choice racetrack-inspired options, will arrive towards the end of the Macan’s lifespan.

This car corners almost like a sports car, a turn of the electromechanical steering and the Macan’s nose tucks in with only a touch of body-roll, with good balance, allowing you to get back on the power and let the four-wheel drive system help to hold you on your chosen line, you are though aware of the additional body weight.

In terms of other rivals, our BMW X3 does better in terms of space, but can’t match the Macan for driving dynamics or interior quality. Porsche really have nailed their cars production from a quality viewpoint.

Jaguar’s F-Pace provides possibly the closest mix of luxury and sport combinations to those offered by the Macan though Land Rover’s Velar also comes v close especially if comfort is a priority. The closest F-Pace at a price level a few thousand less than the four cylinder Macan is the 2.5t AWD and it differentiates itself by offering substantially more cabin space,though not more boot space which is particularly generous in the Macan. Also the way the F-Pace drives is very nearly on a par with the Macan though perhaps not as dynamically resolved as the Porsche to drive above nine tenths. On balance we still give our recommendation to the Porsche overall especially to the driver that values his driving experience.

Any downsides, the real world performance is only so so. Buy the S if you want performance and the lack of rear leg room is a problem if you regularly travel with four adults. But thats it, a true performance SUV.

Pricing for the 4 cylinder Macan starts at around the £46K mark and is simply badged ‘Macan’.