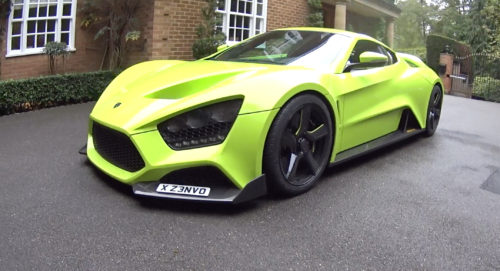 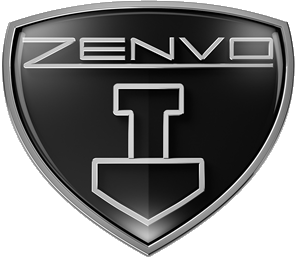 Zenvo – A HyperCar to be reckoned with! Today’s the day we get to drive the Zenvo TS1 GT. A HyperCar in the real sense! Manufactured in Denmark and powered by a 5.8 Litre, Twin Supercharged 8 Cylinder Engine, in V formation, producing 1163bhp. 233mph top speed, electronically limited, and 2.8sec to 62mph. Prices start from 1.2m euros before local taxes.

This car is a HyperCar from the old school, you have to manage it at low speeds, for example; from having to lift off the throttle when changing up through the gears to prevent clunking, to the stiff suspension needed to control the chassis, no electronic gizmos here but absolutely brilliant when under way. This is excitement with a Capital E and Lee Cunningham from SVR believes it is the way a HyperCar should be and we have to agree. The faster the car goes the better it all starts to work, gear changes become smoother, though the noise as they click home is always with you, and the suspension rides the ruts with aplomb.

Zenvo call this car a Grand Tourer, ‘Capable of crossing countries and continents at speed with ease’. Maybe but GT is not immediately what comes to mind when you drive this car for the first time. Mad and brilliant all at once is the best way to describe initial impressions. Both my son James and I felt the styling was spot on and it looks the most cohesive of all the HyperCars out there. Best looking too imo. Pent up aggression summed up my thoughts when the car first came into view.

According to Lee Cunningham of Super Veloce Racing, the exclusive distributors for Zenvo here in the UK, the gearbox is a very serious device indeed, he adds it needs to be to handle this type of power. The Sports Transmission introduces heli-cut gears in a ‘Dog Box’ configuration originally designed for formula 1. The car has a body made entirely from Carbon and the Monocoque is a mixture of Carbon, Aluminium and Steel for maximum safety, rigidity and weight.

Who are Zenvo’s competitors?….. Lee reckons that Koenigsegg and Pagani with the Regera and Huayra are the more natural competitors than the La Ferrari, Porsche 918 and McLaren P1. McLaren, Porsche and Ferrari, he says, have made their HyperCars cars too simple to drive, so though hugely powerful they have lost some of the excitement and occasion that are evident every time your climb on board and drive a Koenigsegg, Pagani and now Zenvo.

We expected this car to be exciting, certainly; fast, definitely; unrefined, most likely; and less than polished, probably……….given the lack of resources available to Zenvo. In reality we found it to be a car with HyperCar performance, extremely refined manners for it’s genre, well finished and equipped both inside and out and an extremely polished performer. Quieter than a McLaren 675LT at speed, the Zenvo is overall a hugely accomplished GT, and this is the prototype!